After playing the majority of his youth baseball overseas in Japan and Australia, Connor came to Driveline this summer as he prepared to enter his first year of college baseball at DII Erskine College. Taking a look at Connor’s assessment swings and data, we got an idea of what areas he needed to improve in order to meet his goal of getting into the lineup on day one.

Looking through Connor’s assessment data, we found some keys areas to target: 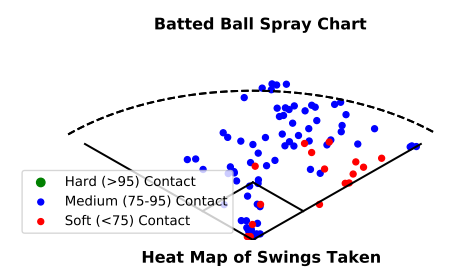 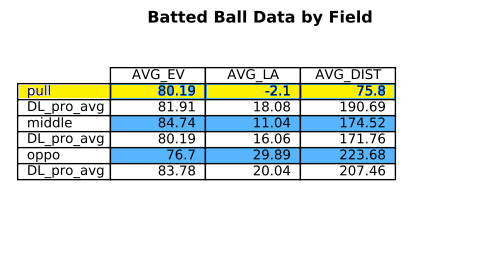 While his swing metrics suggested an estimated top 8th EV (average of the top 12.5% of batted balls) of nearly 94 mph, his poor contact quality led to an actual top 8th of just 91 mph. This suggested the ceiling for his batted ball results was much higher and could be reached by improving his bat to ball skills and moving his average point of contact further out in front of home plate. 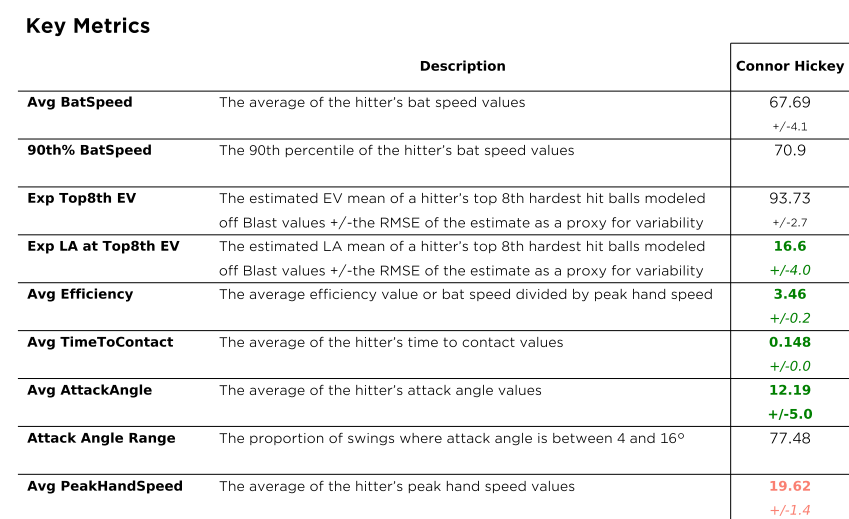 Connor displayed poor sequencing of his body segments throughout his swing. Specifically, his inability to rotate his pelvis before other segments during the stride phase made it difficult for him to create sufficient space required to pull the baseball. This can be seen in both the avatar recreation above and in his efficiency chart below.. Notice how the pelvis, torso, and lead arm all reach peak rotational velocities at the same time. This does not allow for optimal transfer of momentum from segment to segment. Because Connor’s segments rotate at the same time, instead of in sequence one after the other, he is losing out on rotational velocity and potential bat speed. Basically, his poor rotational sequence was limiting how fast he can swing the bat. 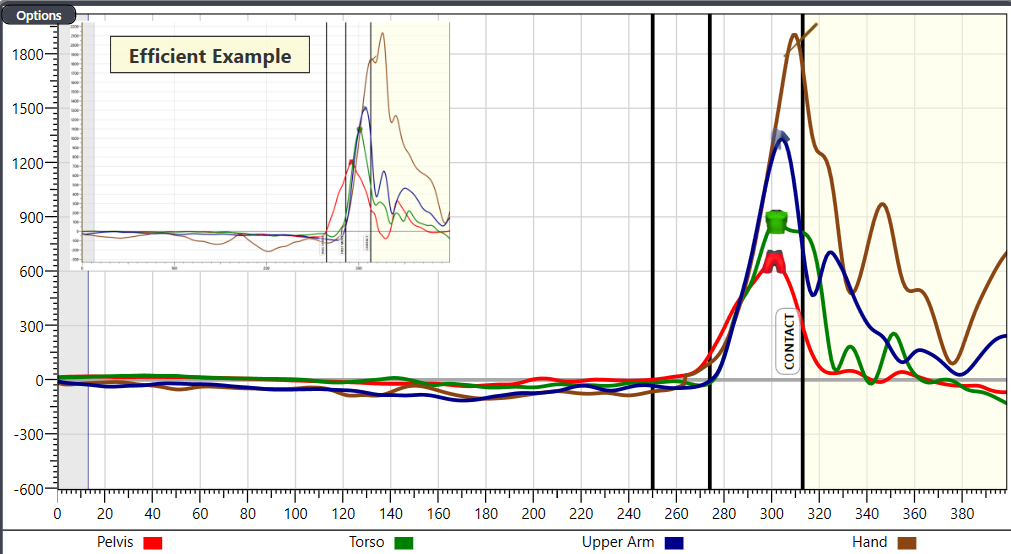 Incentivising Connor to rotate his pelvis into foot plant was key to clearing space for him to pull the baseball effectively. Utilizing different implements such as the Long Bat and Handle-Load Speed Trainer, the goal was to build this skill through the constraints and with different implements (which has a positive impact on proprioception, your feel for the body in space as it moves) in order to promote proper sequencing and rotation.

(Initially, we had to aim tosses at Connor’s lead hip to get him to rotate. Later we were able to move them back to the inner third of the zone.)

The exaggerated angle from the pull-side forced Connor to rotate his pelvis and torso on time in order to create space to get his hands inside the baseball and pull it in the air with backspin. This adjustment promoted better sequencing of his body segments and created the efficient X-Factor stretch (hip-shoulder separation) he needed to increase rotational power potential.

Hitting Plyo Ball ® offer immediate contact quality feedback, and for a player working on bat-to-ball skills, these are the perfect tool. Plyo Ball ®-oriented training was mixed in throughout Connor’s programming, as well as 2-3 smash factor-specific days during the week. During these smash factor focused sessions, he hit both regular and mini hitting Plyo Ball ®, sometimes with skinny bats, in order to make the tasks more difficult. Learn more on how we use hitting Plyo Ball ®, or weighted hitting balls, to train a players bat path.

Connor loved the addition of med ball work to his hitting programming. The goal in teaching any athlete to rotate is to create a feel and foundation for them to move—and move quickly.

Utilizing the rope med ball worked on two areas of focus: point of contact and connection/posture. Using this in tandem with our offset drills allowed Connor to incorporate various points of focus while also maximizing training economy.

Ball flight intentions provided Connor with the correct external focus to shape the positive movement adaptations he sought through self organization. This idea was central in every drill he did, as we looked to alter previously established movement patterns in order to reach his training goals.

Connor’s Before and After “Big 3 Grade” Increases

Bat-to-Ball: Connor made huge improvements to his bat to ball skills, moving his in-gym grade from a below average score of 89 to 103 (+14 points). This massive jump increased the amount of flush contact he made, while also allowing him to get greater value out of mishits.

Swing Decisions: As with most hitters with an extremely deep point of contact, Connor’s swing decisions were initially above average, as the longer a hitter lets the ball travel, the better they will be at discerning pitch type and location. Connor managed to move his average point of contact further out (16.8” to 20.8”) and not only maintained, but improved upon his swing decision grade.

Top 8th EV: Connor improved his top 8th exit velocity from a below average 91 mph to 97.9 mph (a gain of 6.9 mph). His max EV also made a significant jump by over 10 mph from 92.69 to 103.27 mph. These improvements were a testament to his gains in bat-to-ball as well as swing decisions, raising the value of his batted balls and allowing him to showcase his power potential.

His ability to pull the ball in the air dramatically increased as well, as his average distance increased by nearly 131 feet (75.8 to 206.7) and exceeded our pro averages 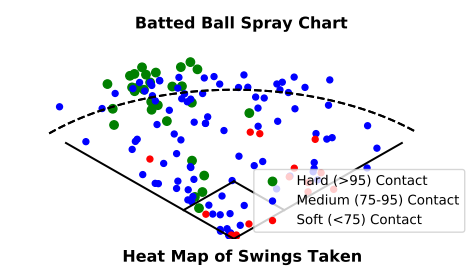 At his arrival, Connor’s swing highlighted a “pushy” bat path due to the insufficient separation and rotation of his pelvis, often forcing his hands to pull across his body. 8 weeks later, his ability to rotate and efficiently transfer energy was vastly improved, highlighted by his final week exit velocity PR of 103.27 MPH. As seen in his wOBACON (wOBA on contact) zone improvements below, Connor saw an average increase of 54% across the board, while vastly exceeding our collegiate averages. His improvements in sequencing his body as well as his bat-to-ball skills dramatically improved his batted ball results.