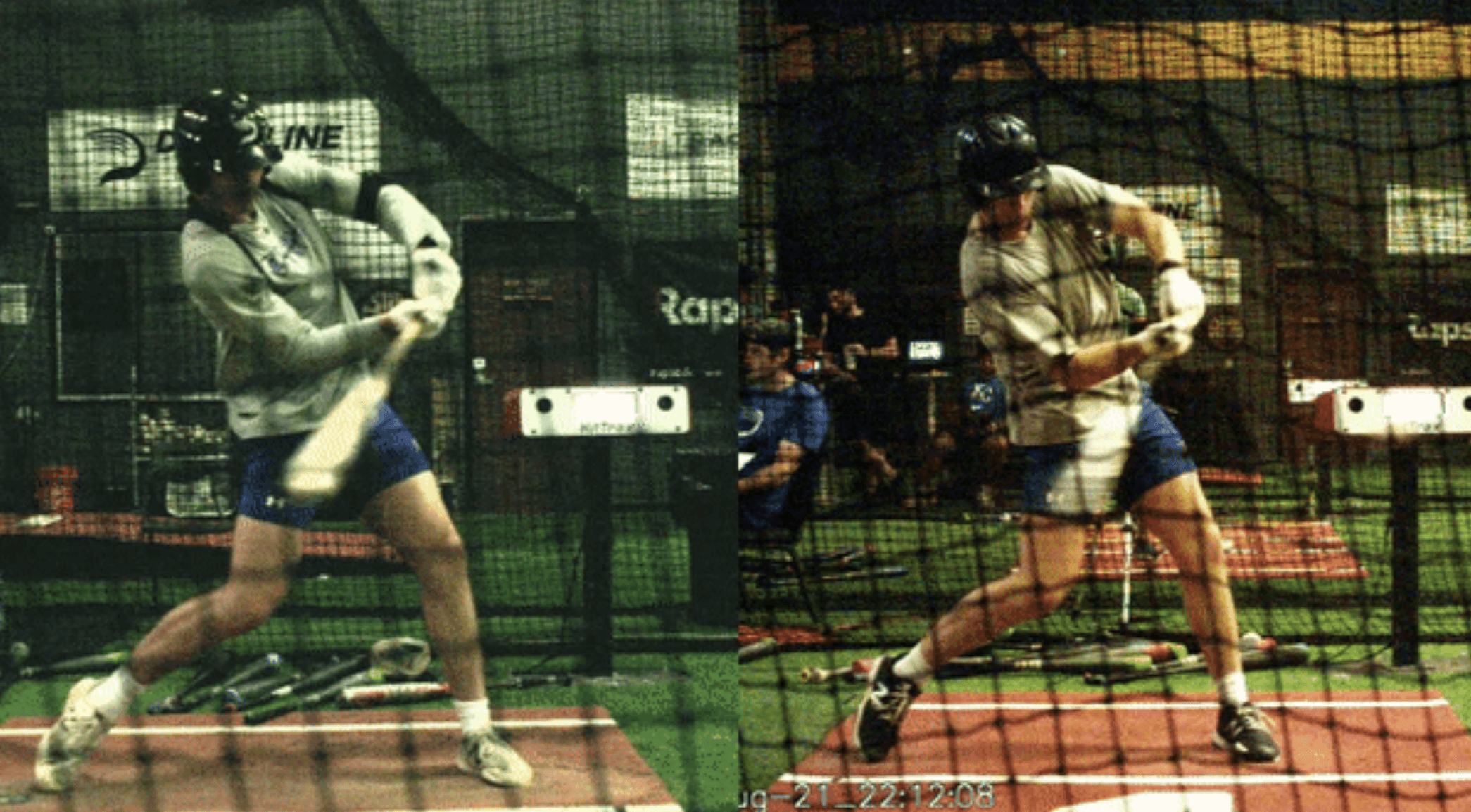 As hitters move up in level, they have to clear a significant skill gap. Pitchers have better stuff. How do you prepare a high school hitter for SEC pitching?

When we talked to Ole Miss commit Judd Utermark about his spring season, we weren’t surprised when he told us he led the team in most offensive categories, including strikeouts. So, our goal for the summer was to raise his floor by improving his Smash Factor and lowering his strikeout rate.

During his assessment week, Judd posted:

Those numbers put him at or above our in-gym affiliate averages. We say that bat speed and top eighth exit velocity set a player’s ceiling. Judd’s ceiling was very high.

After going over his assessment week data, we found two areas that would help improve his strikeout rate and Smash Factor:

The further the ball travels, the more time the athlete has to decide whether to swing or not. If Judd could move his average POC back while maintaining his batted ball quality, he would have more time to recognize pitch type and location, improving his swing decisions and decreasing his strikeout rate.

In our measurements, 0° is when the athlete faces the pitcher. Judd compensated by sliding his hands in front of his torso to create space for the barrel to turn; we refer to this as a “push pattern.”

This push compensation forces Judd’s POC further out front and requires him to adjust his barrel late in the swing phase, affecting his Smash Factor.

What Did We Train?

We focused on adding coil during his load phase to address these two issues, giving him better control of his forward movement and creating a better bat path deeper in the zone.

During his baseline assessment, at his loaded position (the moment when the athlete’s center of mass begins moving toward the pitcher), Judd averaged:

We utilized the Hook ‘Em drill, which puts the athlete in a coiled and hinged position to start, and the Step Back drill, where the athlete steps back into their load phase. These drills let the athlete feel what a loaded position with enough coil feels like (Hook ‘Em drill) and then what it takes to get into that position (Step Back).

During his retest, Judd averaged:

Before, Judd had to be early to make contact so far in front; to make contact deeper, he would have to be able to wait back a little longer. Because adding more coil helped him better utilize the posterior chain, he could better control his forward move, which put him in a better position to rotate.

Judd struggled to decelerate his pelvis, which can limit his ability to rotate his torso, leading to his under rotation at contact. During his baseline test, Judd decelerated his pelvis at an average rate of 1,445 degrees per second from peak speed to contact, which can be seen by the slope of the pelvis rotation graph.

Judd is a two-way athlete, so we thought we could leverage his pitching skills to help his hitting. We helped him make the connection between a lead leg block on the mound and using his lead leg to decelerate his pelvis when hitting. We used the Offset Closed drill with the goal of pulling the ball to limit the internal rotation of his lead hip, helping decelerate his pelvis and requiring more torso rotation at contact.

As a result, his torso could rotate a little easier, increasing his average torso rotation at contact.

By the time Judd left Driveline, he had lowered his average POC from 31.3 inches from the back of home plate to 25.4 inches, putting him much closer to our affiliate in-gym average of 22.6 inches.

Judd also increased the amount of torso rotation at contact:

This added torso rotation allowed him to sequence his upper half more efficiently and create a more consistent bat path.

Finally, putting all of it together, Judd saw substantial gains in his batted ball metrics, particularly in his hard-hit ball launch angle and average exit velocity.

Looking at the two swings side by side, Judd’s load phase has become more dynamic, and his bat path is more rotational, entering the zone a lot deeper. The swing on the left looks linear, with a lot of movement toward the pitcher. Judd better turns his linear motion into rotational energy in the swing on the right.

Before coming to Driveline, Judd was a great high school hitter, and it would have been easy to stop there. Instead, he came to work every day this summer to close the skill gap as he looked forward to competing at Ole Miss.

In his last session of live at-bats, he showed off the fruits of his hard work, hitting a 432-foot tank. And his point of contact… 27.2 inches from the back of home plate. A pull-side home run 4 inches deeper than his baseline average.

Want to close the gap between you and the next level? In-gym and remote options are both available.